Home
Natural
A cute boy goes viral online, found out that the kid was actually the taho vendor’s companion.

This kid has been quite viral over the internet especially in social media because he’s very adorable, charming, overloaded with cuteness, and has an extreme good looking which undeniably caught the attention of many netizens.

In a social media Facebook post by Kobemar Vincent Gabilan, he shared their story of how they met this kid full of cuteness.

According to him, he and his friends are currently on their way to home from Rizal statue in Luneta Park, a historical urban park in the Philippines located along Roxas Boulevard, Manila, when they saw this good looking kid eating a hotdog sandwich at the side of the park along the way which seems to be lost.


At their surprise, the cute little kid walked towards the “Taho” vendor and the vendor held his hand. 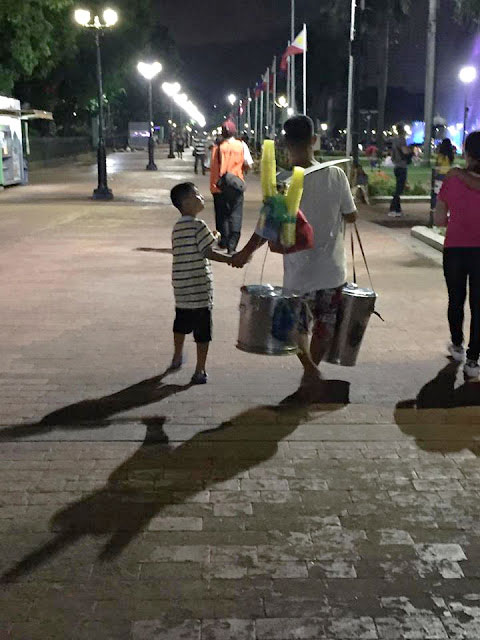 Being curious, they asked him and found out that the kid was actually the taho vendor’s companion.

The taho vendor then told them that the adorable kid was actually his nephew. The group of friends did not miss the chance to at least interview them and they discovered that the handsome kid is from Nirvana and they also took a picture of him. They also wished that the kid will become a celebrity in the future.

Let’s take a look of how cute and innocent he is and it is undeniable that he can be a matinee idol someday!